While we enjoy looking behind the curtain and digging into specific cultural cues and trends relevant to Asian Americans, from time to time we like to take a step back and take assessment of the advertising that is actively speaking to this market. So in today’s Dose, we will review three ads that were recognized a week ago by the ANA as the years top ads towards Asian Americans and provide a bit of commentary on the insight and why one of them stood apart as the grand prize winner.

#1: State Farm
The first spot that was recognized was for State Farm, which is a brand that has been actively speaking to the Asian American market for over a decade, State Farm always ensures to bring real agents into their spots that are active in the Asian community to bring a sense of credibility and locality to their work.

Here is the spot in Chinese with English subtitles:

Insight: As we’ve spoken about in past Doses, Asians are often first movers when it comes to technology and have high expectations for what brands can do for them in the tech space given much of Asia is at the forefront of tech advancements. This spot leans into that idea and makes light of a couple’s smart home gone wrong.

#2:  McDonalds
McDonald’s is another long time advertiser to the Asian American market, doing work both in English and in multiple Asian languages in support of their “Asian designated stores”. The way they work is they’ll have an overall business goal – in this case, launching and supporting their “breakfast all day” effort – and will support that across all markets (General Market, Hispanic, African American and Asian).

Here is the spot in English, but it also ran in Chinese on TV: 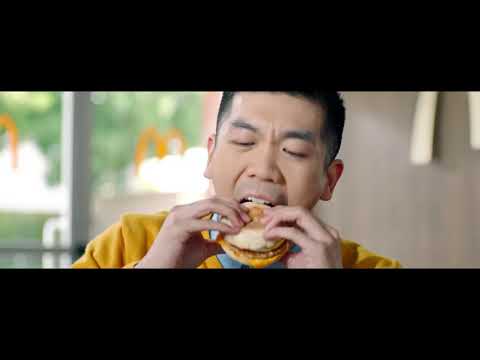 Insight: Hip-hop dance is truly a ‘thing’ among Asian Americans (and in Asia as well) and this work features the hip-hop dance group the Kinjaz, who are well known in the community and in the work, show off their “sleepwalking” style as they make their way into the restaurant to claim their breakfast. The campaign also featured events with the Kinjas in the community surprising local Asian hip-hop clubs with McDonald’s, and a dance-off for the cameras of course.

#3:  Comcast Xfinity
Xfinity has been actively supporting the Asian American community for many years as well, including local events such as Diwali and Lunar New Year, and film festivals such as CAAMFest in San Francisco. However, in contrast to State Farm and McDonald’s, Xfinity has not run TV as part of their campaigns. (Full disclosure that GU works with Xfinity on their Asian work). Rather, together we’ve opted to reach Asian Americans via digital/social content and other tactics such as OOH and in cinema.

Here’s the video that ran in film festivals and online: 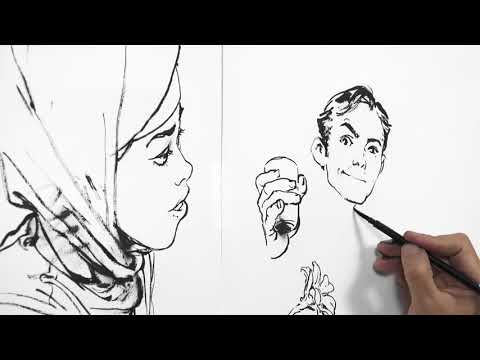 Insight:  This past year, in a year that saw amazing achievements by Asian Americans in front of and behind the camera with breakouts such as Crazy Rich Asians, we developed work to celebrate Asian Pacific Islander American Heritage Month (APIAHM) in May that celebrates the work of all Asian Americans (East and South Asian) in film and TV.

And the grand prize winner at the ANA was Xfinity!

I’d like to take a brief moment to congratulate our clients for always pushing us to dig deeper and once we arrived at the idea, having the courage to take that leap with us. And to both the Comcast Multicultural and GU teams for being recognized all the hard work that went into it. Of the Asian campaigns that were recognized by the ANA, (and granted, I am a bit biased) I believe this one went beyond a surface insight and got deeper into a more emotional space that can create a true connection with the audience. And, seriously… the artist we worked with, Kim Jung Gi, is simply AMAZING.

But we won’t stop there as we’d like to applaud all the work (including those that weren’t finalists but doing great work, such as Toyota) as it’s great to see that brands are increasingly aware of Asian Americans and looking to connect with them in meaningful ways. And we’ll be delving into more of those interesting insights in the coming weeks so please keep coming back! And as always, let us know if you have any thoughts or questions! We appreciate hearing from you.